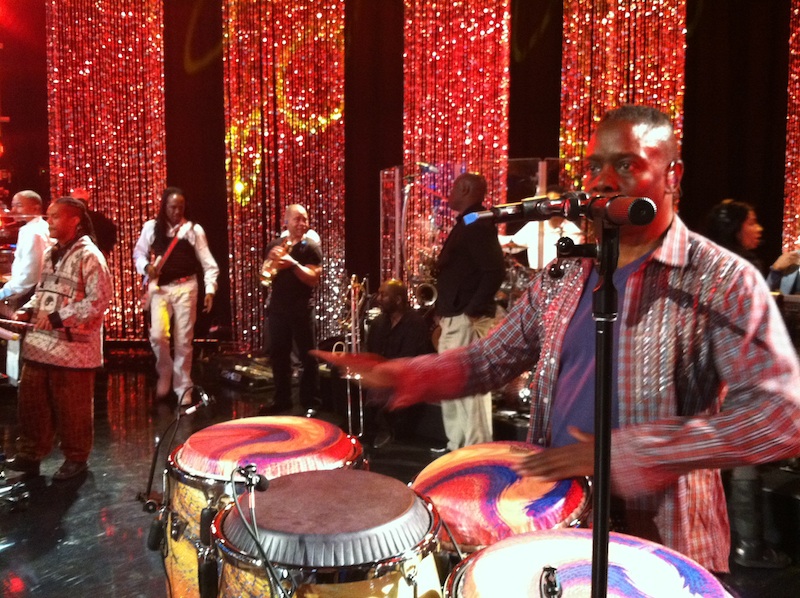 The Elements on Ellen

Walking down the halls of Warner Bros. studios, Earth Wind and Fire and entourage joke about whether or not they get to take home any of the thirty-two-inch televisions they see stacked up, backstage, on the way to their dressing rooms. While the audience gifts are off limits, the band DOES get to experience the amazing collage of different photos of Ellen Degeneres with her past celebrity guests that are stippled on the walls.

The band’s quarters are also plush. Comfy couches and large fruit and vegetable and sandwich and snack platters encircle the dressing rooms. While most of the musicians ready their instruments—licking reeds, oiling valves, and vocalizing—lead singer, Philip Bailey and bassist Verdine White meet with EWF’s musical director and keyboardist, Myron McKinley to decide which songs will meet the sudden demand to have the Mighty Elements score the entire show. Originally the group was set to perform two songs…but what would you do with the opportunity to have Earth Wind and Fire be the house band for your birthday?

About thirty minutes before rehearsal, the trio devised a new list: “Boogie Wonderland”, “Shining Star”, “September”, “Let’s Groove”, “Reasons”, and “Sing a Song”. During soundcheck a producer walks over to a P.A., beaming, and says, “They are awesome.”

“Right?!” The P.A. responds, “This is so great, this is better than a concert because they’re, like, RIGHT HERE. I’m glad I’m not the only one dancing. I’m trying to hold it together.”

But no one could hold it together. The stage was cluttered with producers, stage hands, on-lookers, managers, etc. Heads were bobbing, toes were tapping, fingers were snapping, and hips were swaying.

Just after soundcheck, Ellen sauntered out to meet the band; most of the musicians towered over the petite, pixie-cut comedienne. They exchanged some hugs and laughs then went right into rehearsing the introduction and presentation of Earth Wind and Fire to the live Ellen audience, and to the viewers at home.

Ellen ran through the intro 2-3 times, then she was subbed-in by a producer. While hosts changed, lighting shifted, and ambiance adjusted all around—the band remained quintessentially EWF.

During the show, the band served as a musical bridge between half-naked co-host for the day, Jimmy Kimmel, and the Ellen audience. The cameras captured the Elements playing the program to commercial, but not the laughs they shared grouped around the monitors as Kimmel, Degeneres, and special guest Oscar Nominee Melissa McCarthy stretched their comedic muscles with some improvised banter. Whether Jimmy Kimmel was shunning pants, or donning a gown and high heels, when it was show time, the Guiding Lights shone, leaving the snickers on the side-lines to give Ellen’s audience a concert-worthy performance. 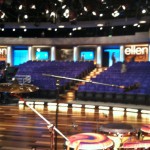 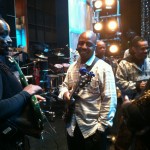 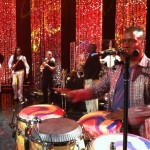 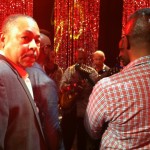 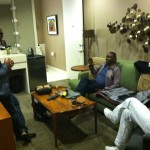