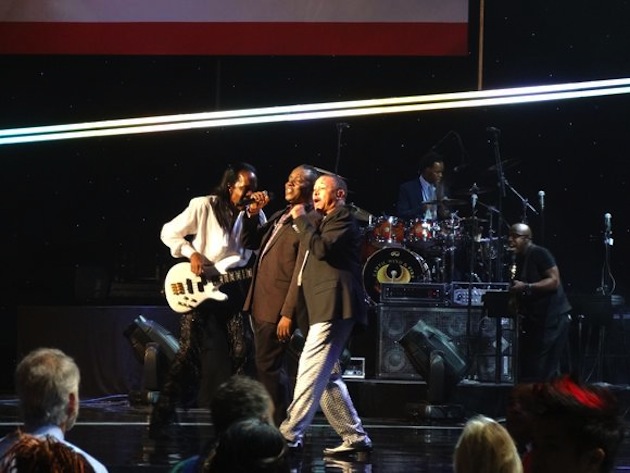 Earth, Wind & Fire along with Bon Jovi, Stevie Wonder, Jennifer Hudson and Katy Perry performed at a rally for Barack Obama’s campaign on Sunday night in Los Angeles. The event, which was attended by the president, George Clooney and about 6,000 supporters, was part of previously planned push called “30 Days to Victory.”