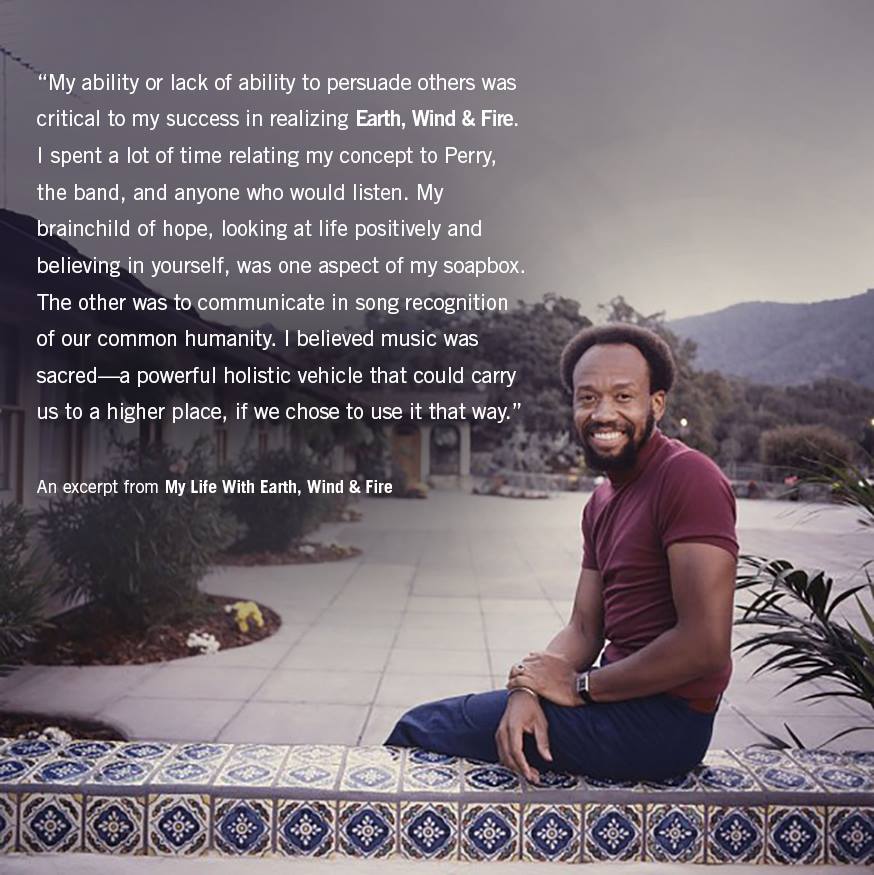 An excerpt from Maurice’s book

#GEMS from MY LIFE WITH EARTH, WIND & FIRE, the new memoir from Maurice White. Pre-Order now http://amazon.com/dp/0062329154/ “My ability or lack of ability to persuade others was critical to my success in realizing Earth, Wind & Fire. I spent a lot of time relating my concept to Perry, the band, and anyone who would listen. My brainchild of hope, looking at life positively and believing in yourself, was one aspect of my soapbox. The other was to communicate in song recognition of our common humanity. I believed music was sacred—a powerful holistic vehicle that could carry us to a higher place, if we chose to use it that way.” #EarthWindAndFire