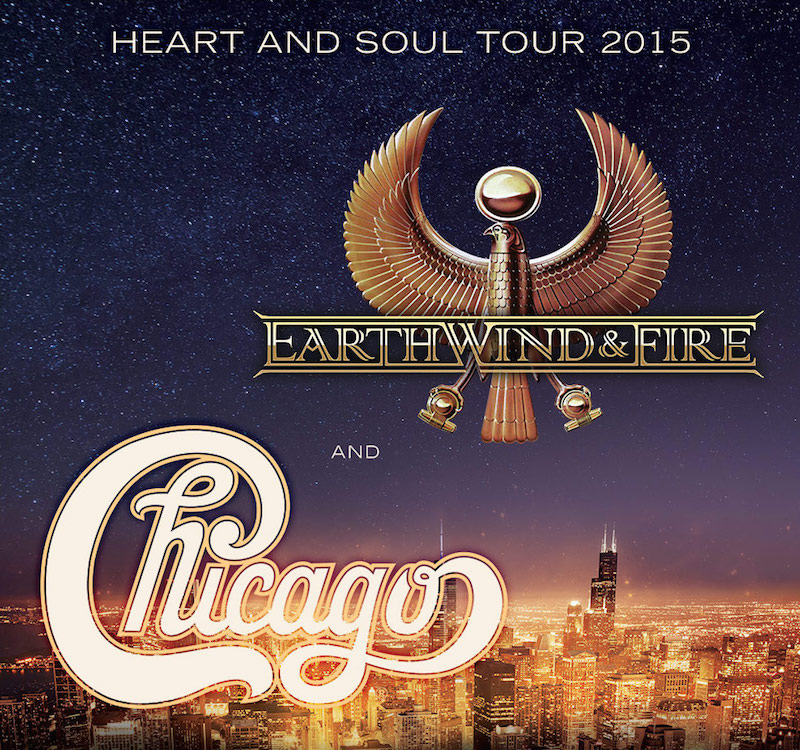 “One of the most exciting things about the show is when both bands perform at the end of the concert,” Lee Loughnane of Chicago said. “Having these 21 very talented musicians playing our greatest hits together puts the excitement level at a fever pitch! From the Heart of Chicago and the Soul of Earth, Wind & Fire, it is an unforgettable experience.”

Tickets for the tour go on sale starting Friday, March 13 at 9 a.m. in select cities on www.livenation.com.

With more than 200 million albums sold and 20 GRAMMY® nominations between them, the tour will provide unparalleled entertainment from two of America’s most legendary musical groups. Billboard hails that Chicago is one of “the most successful American rock band[s] of all time, in terms of both albums and singles” and “been able to fill arenas with satisfied fans” with music that has endured throughout time while Rolling Stone has described Earth, Wind & Fire as “a funk-fusion powerhouse that changed the sound and history of popular music.”